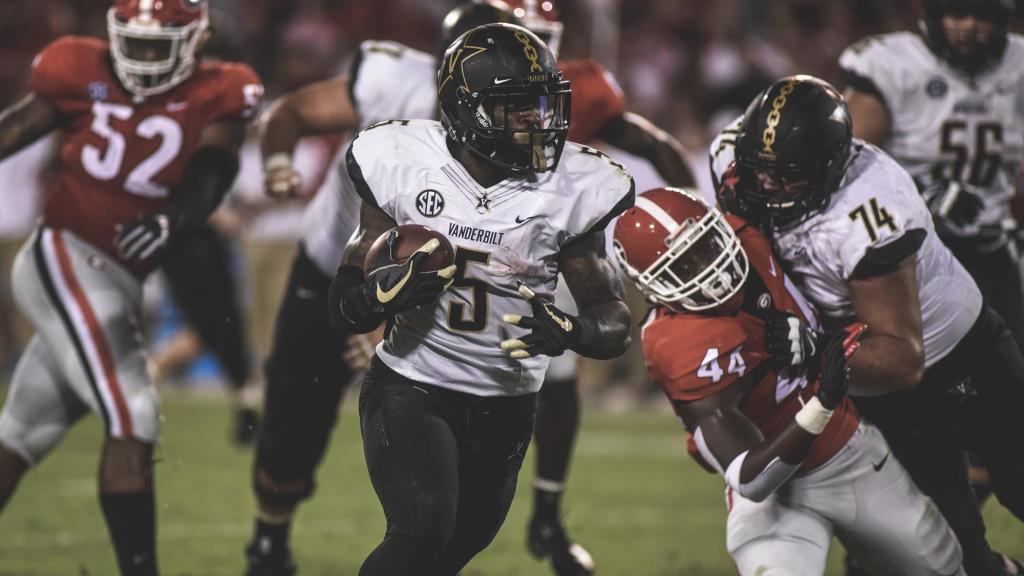 With the 2019 CFB season right around the corner, I wanted to see which players I should be on the lookout for. After digging around, I decided that I should just watch the top players, write some notes about them, and put them in my own order. For the first edition of this mini series, I decided to start with running backs. I conducted a list of 30 backs from numerous sources. I then committed a cardinal sin of only watching their highlight tapes. I then narrowed that list down to 15 players, watched a few games of each, and then made my final judgement. Enjoy!

Jonathan Taylor is the best running back in college football, period. In his two years at Wisconsin, he has 4,174 yards with 29 touchdowns on 606 carries. Those yards and touchdowns are quarterback stats. Unfortunately, the Heisman has been taken from him due to record breaking quarterbacks. Regardless, look at his film. Look at his highlights. Jonathan Taylor runs harder than anyone I have looked at heading into the 2019 season. He isn’t much of a threat in the passing game, which I am not a fan of, but he doesn’t need to be. Wisconsin just hands him the ball and lets him do his business. Mind you, he is also playing in the Big-10, these aren’t Big-12 defenses. Look for Taylor to make a push for the Heisman once again this season. 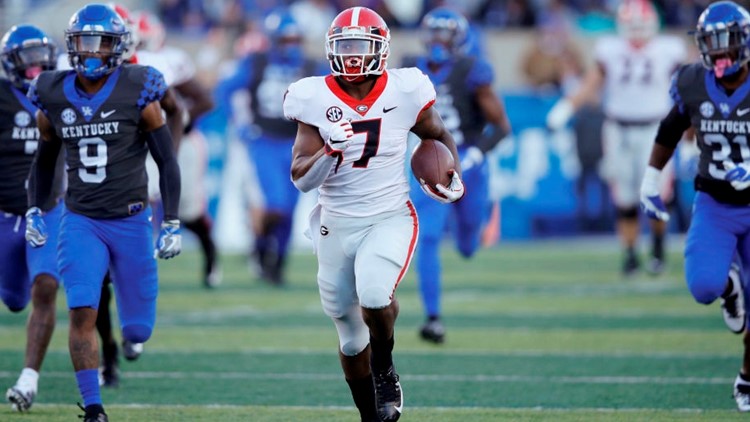 I could make an argument for Etienne being here at two as well, but I’m putting Swift ahead of him based on the fact that Swift is both quick and powerful. His numbers do not reflect those of Swift’s, but that’s due to the loaded backfield that Georgia has each year. I’m looking forward to the 2020 Draft to see the Swift vs Etienne arguments to be the number one back taken. Even though Taylor is the best running back in college, Swift and Etienne should and, most likely, will be taken before him due to the fact that they can be a weapon in the passing game.

Out of the three, Travis Etienne is definitely the most dangerous in open space. Even more so, Etienne has the ability to find open space regularly. He doesn’t have to bulldoze defenders like Taylor, he just out runs them. Like Swift, he has a predominant role in Clemson’s passing game. I would not be surprised if Etienne ends up being at the top of this list once the 2019 season ends, he’s that good. Last year, Etienne accumulated over 1,600 yards with 24 touchdowns. That is one season alone. Again, this is based on limited film review, but 24 touchdowns in one season should be enough for him to be at the top of this board. This should be another great season for Etienne and the Clemson Tigers.

Go on YouTube, type in Ke’Shawn Vaughn vs Baylor, and enjoy the show. Vaughn is a top tier talent stuck on a terrible team with terrible offensive-line. Honestly, his situation is like Barry Sanders’ in a way. Vaughn is also the truth because he is in the SEC, where they do send plenty of defensive players into the draft. In the two games I watched from last year, Vaughn is an asset in the pass game, however, Vandy’s QB is utter garbage and can’t get him the ball. I’m looking forward to see what he’s going to bring heading into this season.

Now with Mike Weber gone, J.K. Dobbins enters the 2019 season as the sole ball carrier for the Buckeyes. While watching Dobbins, I noticed a few things. One, he’s super shifty. One he gets passed the line, he can makes linebackers look lost trying to grab him. Secondly, if they do grab him, he is able to shake them off and maintain balance throughout his run. Lastly, he has incredible vision. As he navigates across the line of scrimmage, Dobbins seems to always know exactly where and how he is going to create a big run. I expect Dobbins to be Justin Fields’ best weapon this next season.

CJ Verdell is the exact running back you would expect from the Oregon Ducks. He’s fast, he’s elusive, and he can catch the ball. Playing with speed at the tempo Oregon plays with is a tough task, but Verdell has not disappointed me while watching his film. He’s a perfect target for Justin Herbert, usually able to make at least one defender miss. What Verdell lacks is physicality, however, as I mentioned, he makes up in speed. This Oregon team should be able to make a run in the Pac-12.

Similarly to Vaughn, Cam Akers is stuck with a garbage team. I actually felt bad for him while watching his film because his QB can’t throw and his line can’t block. He had a down year last year, mainly due to injury issues. Reports came out that Akers is now one-hundred percent and looking to prove a point. Well, I’m hoping that Florida State fixes their line issues because Akers is a special talent. Like most of the other backs mentioned, he has a role in the passing game, but as I said, his QB is trash. If Florida State is back to where they need to be, Akers can show why he is a top back in the NCAA.

I’ll admit, I was wrong about A.J. Dillon. Initially, I was going to leave him off this list. Luckily, I actually watched some of his tape and thank the lord I did. A.J. Dillon is a big kid, 245lbs at 6’0. That’s fullback size. However, he’s quicker than I thought he would be. The most surprising thing about all of what I saw was that he is actually a weapon in Boston College’s pass game. I am going to be looking at Dillon a lot closer this next season to truly see what his impact is.

I was unsure whether or not Brooks would even be on Oklahoma’s roster this season due to some allegations against him, however, it is likely that he will be rejoining the Sooners. Therefore, I believe he belongs on this list. Brooks explodes through the line, which is good and bad. He’s so fast through that his offensive line doesn’t have time to reach the second layer of defense. However, Brooks has the speed and agility to make tacklers miss. While watching his film, he was used in the passing game, but usually as a check down. I’m intrigued on how Brooks and this Sooners team will be without Murray this next year.

Rounding out the list is Najee Harris. I’ll be honest, if Harris was on any other team in college football, he would probably be a top 5 back right now. However, with the crowded and talented backfield down their in Alabama, Harris still remains in my top 10. Stat wise, Harris isn’t jumping off the sheet for anyone. It’s his film and his size. Najee runs hard, and loves to jump over defenders. Mind you, he’s 6’2 and 230lbs. Similar size to A.J. Dillon, I think Najee is the best back Alabama has had in the last few years. I’m hoping he will be able to shine a bit more this season, however, Alabama has quite the receiving core so I would expect them to utilize them more than their backfield.