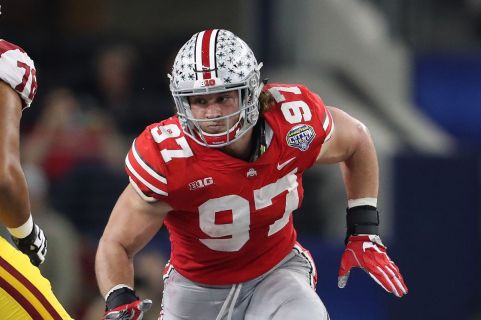 Nick Bosa being taken first overall is a no brainer. Bosa is a freak coming off the edge, he has incredible speed, incredible strength, and his bend past offensive tackles is untouchable. His film speaks for itself, excited to see how he does at the combine after his injury that held him out for the last major portion of the Buckeyes season. Bosa passes the eye test for sure. 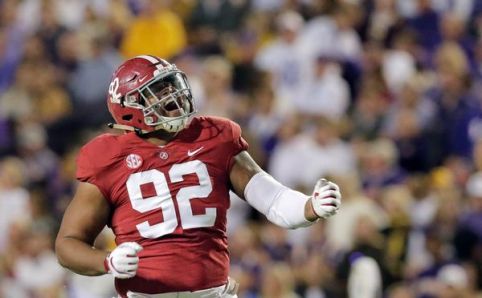 If Bosa wasn’t going to be taken first overall, a case could be made for Quinnen Williams. You can’t lock him up one on one. He will dominate who ever is across from him. You could try to double team him, but that only works half the time. Quinnen is a force upfront and any lineman next to him will be flattered that Quinnen will eat a double team no problem. 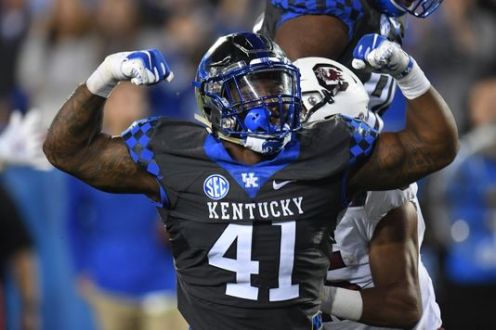 Pre-bowl season, was unsure how to feel about Josh Allen. He lit up the stat sheet, 17 sacks in the 2018 season if you were wondering, but is he the force that everyone said he was? Yes, he really was. Against Penn State in the Citrus Bowl, he made that B1G 10 line look like a middle school line. He bullied McSorely to the point of me feeling bad that nobody was blocking him. Allen is interesting though, he could go as high as 1, or as low as 11. I firmly believe he will be a top 4 pick though.

Jonah Williams is going to be a longtime NFL player. He isn’t flashy, he isn’t sexy, but he does his job very well. Williams blocked for Jalen Hurts and Tua Tagovailoa, both top college QB’s, and kept their jerseys clean. I predict Jonah will be a steal, especially is he slips down through the first round due to the loaded defensive class.

I mean just look at him, do you really want him shooting the A gap and hitting your QB? Not a chance. Mr. Devin White is another player similar to Josh Allen that is a phenomenal play maker, but his draft stock is unknown. He is the best interior linebacker in this draft. Devin has great size, and I’m interested in how he runs in the combine.

Michigan natives will tell you to not waste your time, but slow your roll. You can’t pass up Rashan’s size. Do I think he is NFL ready? Not necessarily, but I do believe if he moves into the interior defensive line, he will explode in the NFL. I think he’s too awkward coming off the edge. If you stick him in the middle and limit his space, he will show off his strength, and hopefully will take away that stiffness he has coming off the edge. 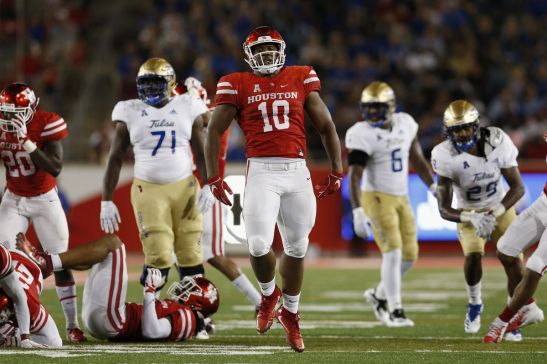 Ed Oliver was in the pre-season heisman race, as a DT. He doesn’t have the usual DT size that you would suspect an NFL player would have, but I wouldn’t worry. Ed Oliver will have similar talent to Aaron Donald. Quote me. He didn’t have the expected terrific season in 2018, but I think other factors were at play. Ed Oliver can play.

DK Metcalf is my favorite offensive player in this draft. He has NFL size, great hands, and can create separation down the field. Unless he runs a 4.75+ 40 yard dash, I think he will be the most complete receiver in this draft. 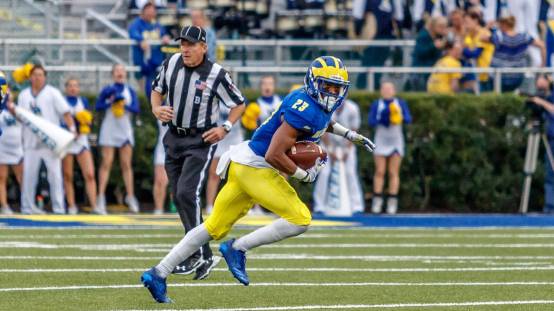 Little bit of FCS action here, but don’t get me wrong, Nasir Adderely can ball. He’s listed a safety, but he has experience at corner as well. He wow’d scouts at the senior bowl, especially grabbing a pick, but his highlight tape is electric. Incredible ball skills, I wouldn’t be surprised if he is a huge riser moving forward to April.